They say good things come in threes and this is certainly true of our staff, who are tripling up in their efforts to complete a trifecta of fundraising activities…

Our Young Carers Support Officer Arif Hussain put his bad hair days (of which there were few) behind him by shaving his head and beard – number one style! He sacrificed what he’d regard as his greatest strength for a few reasons, one or two of which hit close to home:

“I was inspired to take on the trimmer to raise some funds for young carers and raise some awareness. I know first-hand how difficult it is to care for somebody at a very young age and the challenges of being an adult carer. Young Carers do an amazing job and are very much unrecognised for what they do; they are unpaid key workers, which we must not forget about. They save the taxpayer/government billions of pounds a year. They really are the superheroes of our society!”

After struggling to remember the last time his hair had been cut so short, Arif was naturally concerned about the outcome. Despite this, the positive response he has since received has only proved his concerns to be nothing but that.

“It sends a very important message that it does not matter about the appearance of a person – what really matters is their personality and what they do to help other people! So yes, I am now pleased with the outcome! Although, I do prefer hair – so looking forward to it growing back haha!”

These shoes were made for running

Up next is Lauren Williams, our Finance Officer, who is over halfway through her Couch to 5k; a nine-week programme designed to transform any fitness phobe into a running enthusiast. She described her experience so far…

“Some days are harder than others. When I started Couch to 5K (C25K) it was a daunting prospect as I never exercise but I wanted to do it to help with my weight loss and to build my fitness and confidence.”

Lauren has already lost a stone and a half through her efforts and doesn’t plan on stopping any time soon. At a time where motivation can help you go that extra mile, she’s looked to her fellow colleagues for support:

“I have been inspired to keep going by the wonderful work that our care support workers do to help those in need: I want to give the amazing unpaid carers/families a break and time out of their caring role. I hope to carry on running after completing my 5k.”

Not quite déjà vu…

Breath-taking scenery, white veiled forests and sacred Inca ruins were anything but what our Marketing and Communications Assistant witnessed whilst undertaking his virtual marathon. In 2017 Liam completed the Inca Trail in Peru; something he wanted to replicate on a treadmill over four weeks to cover the 26.2-mile distance. 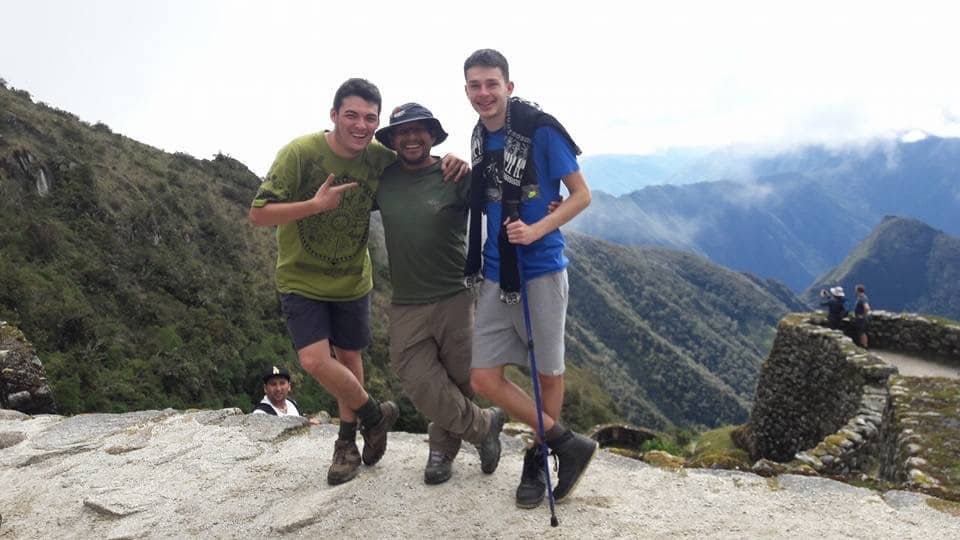 “I can still remember the look on my tour guides face upon learning that I had no hiking experience whatsoever! After chuckling, he gifted me one of his walking sticks, wished me good luck and soon became a mirage in the distance.”

Not learning his lesson, Liam (far right) approached his fundraising task without preparation which, although took its toll initially, now has him looking forward to future accomplishments:

“There’s definitely a half-marathon in my sights; although I struggled to run the distance over four weeks so I’m not sure how I’ll cope covering half of it in a single day. I guess we’ll see! Watch this space.” 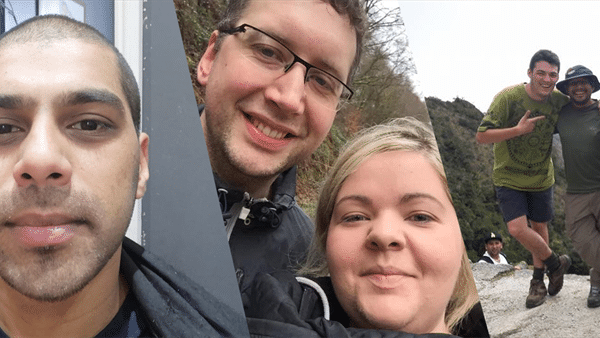