With most devices we use these days, we usually see a message like this from our phone, laptop, tablet or even TV. Most of us don’t think anything of it, press ‘update’ or ‘schedule for later’ and move on. Usually safe in the knowledge that whatever was in the that update was either solving a problem (or potential problem) or providing new features, security or capability.

But how often do we wonder what has gone on behind the scenes to make that small, seemingly insignificant update happen?

What’s in an update?

It was likely a culmination of a huge process. From listening to users (or at worst receiving complaints), researching the issue, identifying and testing solutions and then rolling it out to as many people as possible as quickly as possible.

I hadn’t thought about this at all. Until it was time to think about developing an ‘update’ of my own.

Over the last few weeks, I’ve been writing about how we’ve changed as an organisation and what we’re doing to continue that change. We’ve grown, improved, diversified, and adapted. We’ve brought new people onboard and we’ve bought new equipment for them from various places. We’ve changed the way we use mobile devices and we’ve tried to change how we work with files, servers, printers, as well as new software and tools.

I deliberately used the word ‘tried’ – because we have. We really have. But despite being successful in finding an impressive array of workarounds to make sure we continue to deliver our service, we’ve not made it work ‘properly’.

Some of that is us thinking we’re not doing something right. We’re not IT experts. So sometimes when something doesn’t work, we default to thinking we don’t know how to do it. Though sometimes, more often than I’d ideally like – it’s not this at all. More-so that the IT isn’t working the way it was designed to. But as we don’t know enough to be able to tell when this is, we just default to thinking we must be doing it wrong.

Many of our people think this regularly – It feels inefficient and can impact morale and build frustration as IT becomes a barrier to us doing what we’re here for. And as we continue to look toward being the type of organisation that will provide services across our user groups on a very human level, we know that to do this we need to be enabled and supported by digital tools and technology to get there. So, we need to put this right.

We need an update.

Not just a little update from V1.1 to V1.2. We’re at the point where we need a big version overhaul to version 2.0.

In the background, alongside our rename and rebrand work, Clare Reddy, Health & Safety and Facilities Officer, has been working alongside Perago‘s tech lead Ben to find us a new IT Support provider.

They produced a fantastic brief that made clear that we need support that not only made things work, but made things work in a way that built capability in our people, give people the confidence to use IT and listened to what we need to make us better.

I’m pleased that we had a great response to that brief with an incredibly high calibre field of suppliers (thank you to everyone that took the time to bid) – but one company stood out and I’m delighted to say that we’re looking forward to working with B2B IT services.

B2B IT Services impressed us with their combination of practical technical knowledge, openness about their approach and flexibility. They have a proven track record working with third sector clients and showed they really understand our needs in terms of setting up a practical, usable and secure system for all our people. I’m looking forward to them acting as our IT department, advising on a strategic level as well as offering day to day support.

I’m sure that once they’ve migrated our existing estate over that they will be able to save us a lot of time and effort, freeing our people up to be able to do their jobs more easily.

It’s all coming together

So as an organisation, I feel we’ve just developed that next update. I’m scheduling this update to happen early March with an ambitious drive to migrate over to them to coincide with our new name and brand launch.

To say there is a lot going on at the moment is a bit of an understatement!

But just as we do with our phones etc, when we wake up to the message “your system has been updated” – you carry on with your day knowing that your device is:

Come April, that’s the feeling we’ll all be hoping to have about our new organisation. 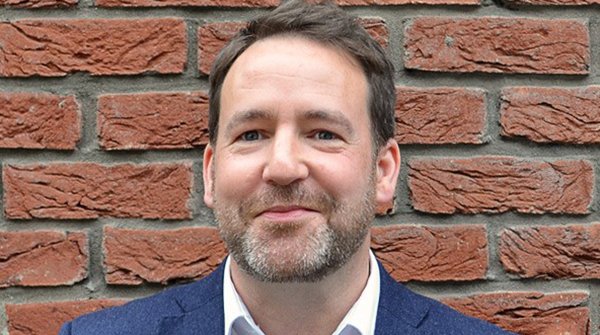